Many years ago, a small, peaceful pond, beautifully surrounded by wondrous ﬂowers and cattails and filled with lily pads and waterlilies, was forever changed when an astounding discovery was made there. Oﬀ in the distance from the pond, you could see a working farm: complete with a well-kept farmhouse and a big, red barn with Hargrove Farm painted on the side of the barn, revealing the farm’s owners, and an older unkempt guesthouse. One night, all of a sudden, the sky began to blacken and rain pursued the clouds. There was loud thunder and lightning. The dilapidated guesthouse buckled, and then its frail frame gave way to the enormous strength of the wind and fell. The frogs in the pond heard the loud boom and donned their expedition gear, complete with helmets and headlamps, and set out to investigate. Hopping up the hill, the frogs saw an illuminating light color the night sky, in the shape of a cross beaming up towards Heaven. The frogs hastily hopped in the direction of this bright light, and upon reaching the site quickly dug through the rubble, unearthing a book. This book was different though.

As Father frog shielded his eyes from the light, he guardedly picked up the book and consuming its contents he discovered that this book called, the Bible, held all the answers to life’s questions! The Bible, held high, the frogs vigilantly carried it back to the pond. Upon hearing the astonishing news, all the other pond inhabitants came to the frog family with questions and seeking advice; thus the family of frogs was elevated to royal status as keepers of the “Answer Book.”

A coronation ceremony ensued and Father frog was crowned King Willie T and ascended the throne, and his wife was crowned Queen Donna Marie. His three sons were crowned princes and became Prince Gig-Gee, Prince Bullfrog, and Prince CT. Likewise, his three daughters were crowned princesses and became Princess Nounzie, Princess Sammie, and Princess Tookie. With the coronation ceremony complete, and the royal frog family crowned, the province known as Quinnland was established. 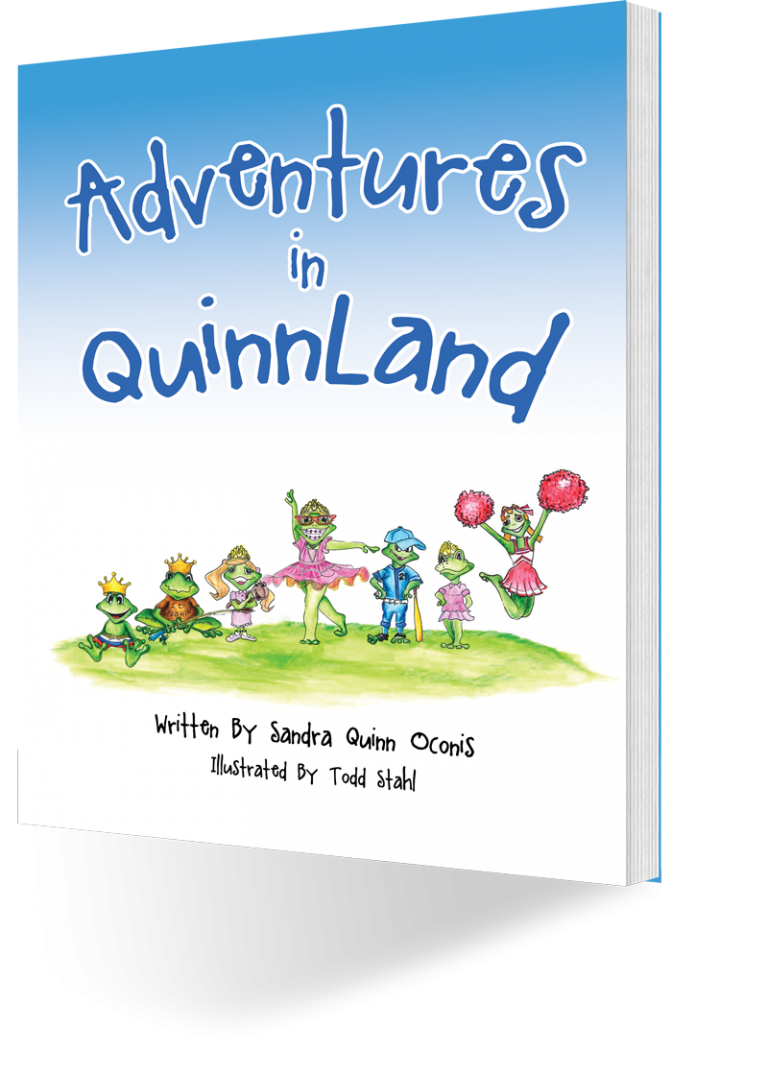